​Delaware, like many other states is a no fault state, meaning that divorce can proceed even without fault grounds and merely requires a separation period of six (6) months and you can be separated and living in the same house provided that during the separation period the parties are occupying separate bedrooms. Now there is even an exception to what is meant by occupy separate bedrooms which is that even if there is a  temporary occupation of the same bedroom or resumption of sexual relations that occurred more than thirty (30) days prior to the actual divorce,  this does not necessarily delay the divorce.

The point is in Delaware, divorces occur quickly so if you  receive a divorce petition you should be aware your answer is due to the court within twenty (20) days of service.  In the cases where there are fault grounds alleged which are misconduct including, but not limited to  adultery, bigamy, conviction of a crime where a possible sentence is a year or more in jail,  abuse, desertion. habitual drunkendness or drug abuse a divorce can occur 20 days after service of the Divorce Petition. This can affect your right to bring claims such as alimony or property division.  THIS MEANS IT IS IN YOUR BEST INTEREST TO MEET WITH A LAWYER SOONER RATHER THAN LATER. Call me at (302) 655-0900 if you want an appointment or e-mail me at garyspritz@garyspritz.com.

Here is why you should meet with an attorney sooner.  In Delaware you divorce first but except in a very limited exceptions which can be discussed at an appointment, if you are seeking alimony, property of debt division those claims must be raised before the divorce or else you potentially lose the ability of the court to raise this claim forever.  Now with everything there are exceptions, but the exceptions may not apply and even if they do you will ensue a greater degree of attorney's fees to fix the mistake than to do the right thing from the beginning. However, even if you are divorced there are exceptions to this harsh result so consult with an attorney to see if they apply.

In Delaware, divorce occurs first and there are certain things you need to make certain before you are divorced. The first is you have  to raise the correct issues that suit your interests. While child support and custody can be brought after a divorce, the law is that  property division and alimony should be raised properly before the divorce. The second is before you are divorced you should get a credit report done on yourself. This gives you a little more information as to what debts are in your name. The third is you need to check your health insurance situation. If you are part of a family plan, and you have health insurance through your spouse's employer, yoour health insurance may end after the divorce. Now there are rules that allow you to purchase thriugh your spuses plan by paying funds for COBRA. However, it may be cheaper and ifor you to look for health insurance on your own whether it be through an exchange, your own employer or a broker. Either way it does not hurt to shop and since there is no "pre-existing" exception to coverage the cheaper exception may or may not be better.

If you have reserved ancillary issues in your divorce, a 16(c) financial report due and depending who initiated the first request for relief in the divorce, this is due 30 days or 60 days after the divorce. It is 30 days for the party who first requested ancillary relief that who is supposed to send the original to the other party who completes it no later than the 60th day after the divoce.  Now this is a serious document. However, the worst thing you can do is be so intimidated by it that you do not complete it because that could mean the other sides positions are accepted or that the ancillary issues are dismissed.

NOW NONE OF THIS IS TO INTIMIDATE YOU AND YOU SHOULD NOT BE INTIMIDATED. THERE IS AN OLD JOKE THAT APPLIES HERE. "HOW DO YOU EAT AN ELEPHANT? ANSWER: ONE BITE AT A TIME. TAKE THE FIRST BITE AND CALL ME FOR A LOW COST INITIAL CONSULTATION AT (302) 655-099. or Email me at garyspritz@garyspritz.com. 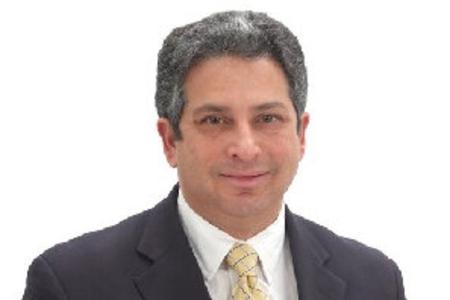