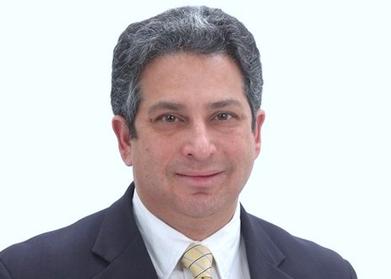 Delaware Courts do recognize Prenuptial Agreements. The issue is whether you have a valid prenuptial agreement. This page is important for 2 groups of people those who are seeking a prenuptial and those who have a prenupital agreement and are disputing the same. Wilmington

First. for those who are seeking a prenuptial, you should consult a lawyer as soon as possible one that represents only you.  Why as soon as possible.  When you want to enforce the prenupital later on you want to avoid the "former beloved" from arguing that they did not have adequate time to review the agreement. Nothing does this like a letter in your file that says the Agreement was sent months before the wedding,

Second, you should do nothing to prevent the other side from having the prenuptial reviewed by their own lawyer. That is you want to take away the " former beloved's" argument  that they didn't understand it as they are not a lawyer by giving them adequate opportunity to gain their own lawyer and better yet actually hiring them.

Third, do not take your beloved to the initial appointment.  Why? simple you want to avoid the argument that the lawyer who drafted the prenuptial represented both of you. A conflict of interest could serve as a basis later for the beloved contesting the enforceability of the prenuptial. Now this does not mean, you have to be underhanded. You can be up front and simply explain this to your siginificant other.

Fourth, do not be surprised when your attorney suggests disclosure of your assets and income sources. Why is this done? The disclosure circumvents the argument the former beloved may make that they did not know about the full nature of what they were waiving..

Fifth,do not try to do this yourself as Prenuptial Agreements tend to  be "strictly construed". What does that mean is if the correct language is not in the agreement, it is not likely to be enforced even if that is what was meant.  Remember the other side faced with a divorce where they feel they deserve more may have a convenient memory lapse

Now for those who are asked to sign a prenuptial agreement. Should you have your own Delaware Lawyer, Absolutely! It is not you beloved lawyer's job to protect you. That is your job and hire your own lawyer verse in Delaware Divorce Law. You should never sign an agreement thinking it never be used.  Further, these are your rights if the beloved is saying do not hire your own lawyer, what do you think they will say in the event of a divorce. Now obviously emotions are charged, but let's just say they take you to their lawyer's office 1 days before the wedding and tell you sign this or the marriage is off. My suggestion is ask for directions to the door as this is not respectful of your needs or rights. Does that mean you have to do everything your lawyer says. No. However, it does mean you should listen to them and be prepared to accept the consequences of not listening to them.

Now for those who are facing a divorce and are unhappy with the consequences of a prenuptial agreement. What should you do, go to a lawyer to read the agreement. The agreement should be read as if it had never been read before, with a fresh set of eyes. Not every provision has the same level of enforceabillity. For example those concerning child support may not be enforceable. Call a lawyer and see where you stand.

I can be reached for an appointment by calling me at (302) 655-0900, email at garyspritz@garyspritz, com or you can use the form below,