Most divorces that I handle resolve without a trial. Some resolve right away without any litigation and some resolve the day of trial. Those that resolve and that require it can have an agreement or agreements that spell out the rights of the parties. That agreement is called either a Property Settlement Agreement  or a Stipulation Resolving Ancillary Matters.   A Property Settlement Agreement is not necessarily signed by a Judge or Commissioner. A Stipulation Resolving Ancillary Matters is always signed  by Judge or Commissioner. The difference often is not much as I draft them as the thing to keep in mind is that these are both contracts with a Stipulation being a Court Order as well as a contract which has some advantage in enforcement.

As with any contract if you are presented with one I recommend that you get a lawyer, Here is why? You likely will be stuck with the provisions to some degree. So, first make certain you understand it. I had a law professor with regard to laws would say to his students, first "read the statute" and "second read on". Now what this means is you actively read it and make written notes  on a copy where you have questions as to what something means. Now I know that is difficult. However, it is helpful. It gives the Delaware Family Lawyer   a way to  give better you divorce advice. Second, and this is before you sign it, schedule an appointment with an attorney to discuss it and at that appointment there is no such thing as a bad question.

Why do I say this? Property Settlement Agreements, unlike the Stipulation Resolving Ancillary Matters, are often presented to a Spouse before a Divorce is filed. However, they typically have language which make the Agreement binding even after a divorce. In fact, there is a well established body of Delaware Divorce Cases that  says that the Family Court lacks the authority to modify a  valid contractual obligation even one concerning alimony. Rockwell v. Rockwell,  681 A.2d 1017 (Del.  Supr. 1996). This holds true even when the contract is later incorporated into a court order such as a Stipulation resolving Ancillary Matters.  Now  the courts take a different tack depending on whether the contractual provision concerns child support, child custody, alimony or property division.

With Custody, the court applies whether or not enforcement of the custody or visitation provision is in the best interests of the child. If it is not the court modifies the same.

With alimony, it depends on whether the obligation specifically indicates in the contract language that it is modifiable. Often this language in is the agreement, but sometimes it is not. If it is not the courts only modify it if the agreement is unconscionable. For example the courts have held that even if the language in the contract does not indicate that alimony ends when there is a remarriage, they will end it with the remarriage or cohabitation.

What if the provision concern debt or asset division. That is a much tougher road to climb. The court tends not to undo these unless there was overreaching or fraud or some circumstance that justifies the opening of the matter under Delaware Family Court Civil Rule 60(b) such as the clause was entered as both parties made a mistake concerning it, fraud, newly discovered evidence that could not have been presented when the contract was in place.

The point is you get to know  what you are signing before you sign, It is cheaper for you and more likely to allow you to obtain to your goal.

Additionally, there are those that have agreements and the other is not living up to them and want them enforced or you just cannot live up to them. For these folks, it is best just to set up an appointment to see the next steps. Feel free to use the form below. 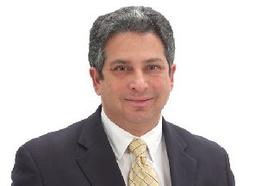